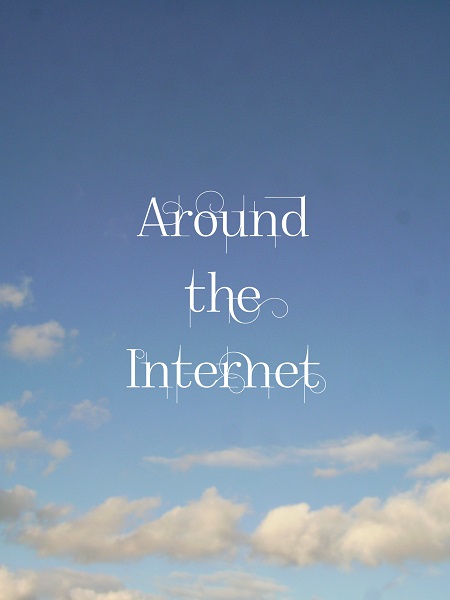 Urk, September already. Of course the first day of September is sunnier than any day in August. Maybe that’s why I went on a dark reading kick in the middle of last month.

And this is the song it sings by Megan Arkenburg (road trip, highway monsters, ghost stories)

An Army of Angels by Caspian Gray (inadvisable loyalty, Frankenstein’s angel, horrible things in the closet)

This is not a metaphor by Christie Yant (curse, troll, metaphor owning its status as metaphor)

The Cure by Malinda Lo (escape through vampirism)

Call for subs for the Escape Artist event Artemis Rising II: original SF/F/H fiction at $0.06 per word from women and non-binary authors, submissions open during September.

Call for subs for the anthology Cthulusattva: Lovecraftian Tales of the Black Gnosis (up to 7000 words, $0.03 per word, stories from the cultist’s perspective, deadline 15 December).

The Whale of Penlan Tork by Stevan Earnshaw (experimental, Greek chorus, sea journey, whale; full disclosure: I really have no idea what was going on here, but I rather loved it anyway)

The Rud Yard by Vajra Chandrasekera (the President then expressed a preference, if it came right down to it, for literal assassination over character assassination, because he just found the latter so offensive)

A Screech of Gulls by Alyc Helms (otherworld Venice, extortion and gull-murder, bleak or what)

A Winter-Piece to a Friend Away by John Berryman (poetry, seasons, subtle rhythm)

Lepanto by G.K. Chesterton (exhilarating martial poetry from the dawn of WW1, Don John goes to war, well I never promised it would all be new)

Any House in the Storm by Tais Teng (rivalry, architecture, spiky characters, rapprochement)

Strange Horizons is shut to fiction subs for April.

New speculative podcast, The People’s Ink, is open for subs (focus on the Pacific Northwest for preference, $0.02 per word, original and reprints).

Submission periods for Lightspeed Queers Destroy! projects have been announced, along with a brief general submissions window (June/July).

More royal Macedonian tombs at Vergina! (Greece, like Italy, has more archaeology than it can afford, unfortunately.)

A piece in TLS on archaeological destruction in Iraq etc. by Eleanor Robson (“The fact is that ancient stones can wait, as they have waited for millennia; they depend on the Iraqi people, and the Iraqi people need us more”).

Every other week or so, I see something about how much short fiction there is out there and how there need to be more reviewers reading it. Well, this isn’t a blog, I’m not a reviewer, this isn’t a review – but I do read short fiction in a fairly random way, and when I read a story I like, I do usually say something, usually on Twitter. And then it gets lost immediately, of course, because Twitter’s a busy place. So I thought I should collect links here to pieces I’ve read and enjoyed and which other people might enjoy too, starting with things I read in November. Also some other useful odds and ends, because why not?

Once, Upon a Lime by E. Catherine Tobler (frog, fairytale, pearls, perfume)

Who Is Your Executioner? by Maria Dahvana Headley (beetles, creepy Victorian photos)

Not the Grand Duke’s Dancer by Emily B. Cataneo (undead ballerinas)

Victoria’s One Way Ticket by Emily B. Cataneo (dying robots)

A Whisper in the Weld by Alix E. Harrow (ghosts, steel mills)

Lackington’s has a theme for Issue 7: Skins.

Clockwork Canada is open for subs (anthology of steampunk stories set in Canada by Canadian authors).

Terraform, a new SF market paying $0.20/word, opened up this month (if only I’d written more than one SF story in the history of ever).

She Walks In Shadow (anthology of stories about Lovecraft women, by women) is open for subs (closing date 15 Dec).

Escape Artists are looking for women-authored work for their Artemis Rising event (closing date: 5 December for PodCastle, 20 December for Escape Pod and Pseudopod).

A lot of really exciting things were found in a tomb at Amphipolis.